One of our recent purchases was a digital projector, so we could play movies outside. There are all sorts of options for exterior screens but I wanted one that I could put up and take down easily and that would fit within the pergola, along the back of the garage. I decided to make one to fit the bill.

The process was pretty easy. For the screen, I used black-out cloth. We got ours online, through Amazon. They sell stuff for "Carl's Place". The other items I used were two ten-foot lengths of PVC, two 10' packages of heavy-duty velcro, two eye-bolts and two screws.

I mounted end of the screen directly to a piece of PVC with the velcro, making sure that I was mounting the back of the screen so that the front would roll over, concealing the joint. 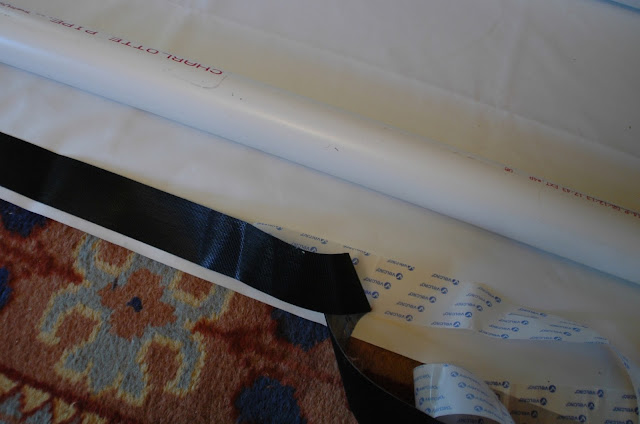 For the bottom, I put velcro at the other end of the screen and used the opposing side of velcro a few inches away to create a loop in the fabric for the second piece of PVC. 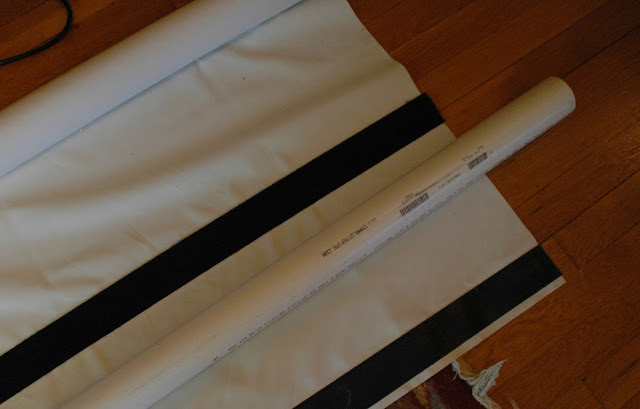 I then drilled holes into the top PVC and bolted eye hooks to it. I then mounted the hooks and hung the screen. It was pretty easy. 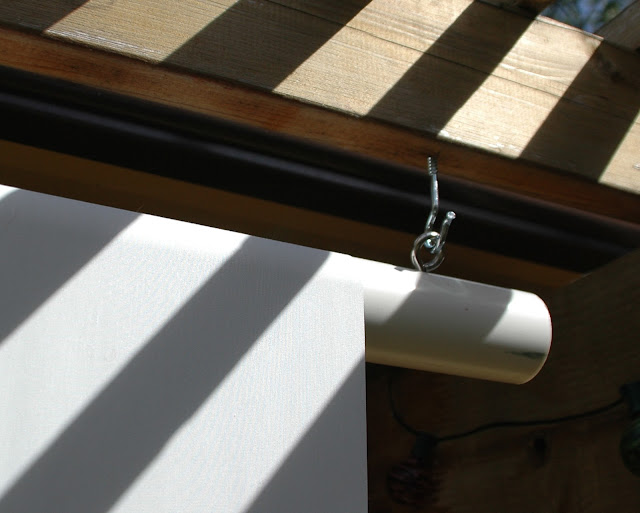 A benefit of the velcro is that it allows me to adjust the tension on the screen to remove wrinkles. I did a pretty good job at this - until a group of nine-year olds that came over to watch the movie decided to play hide and seek around the screen. The screen looks like it was meant for the space and it worked out really well. 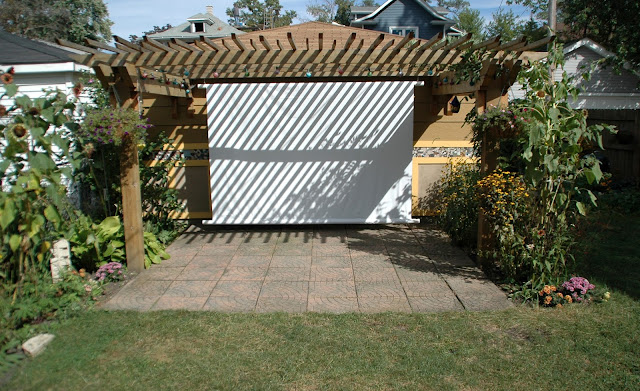 The kids that came over for a birthday party screening of Despicable Me enjoyed it quite a bit also. We are also happy with the projector. Right at sundown, the picture is very good but once there is no light in the sky, it looks fantastic. 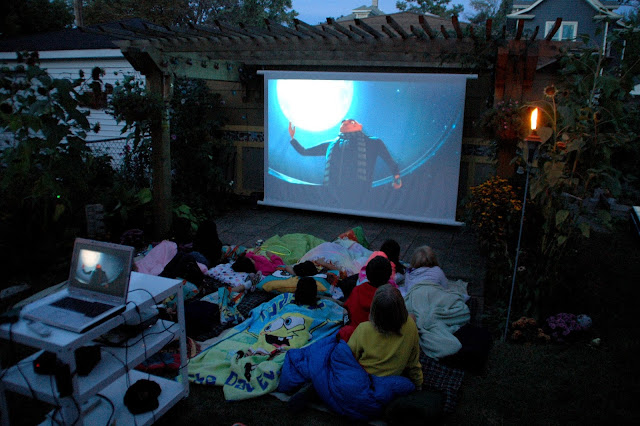 It is even good enough to do my blogging on. Ha. I didn't actually blog on it but it gave me the idea that it would be funny to work out there some night. 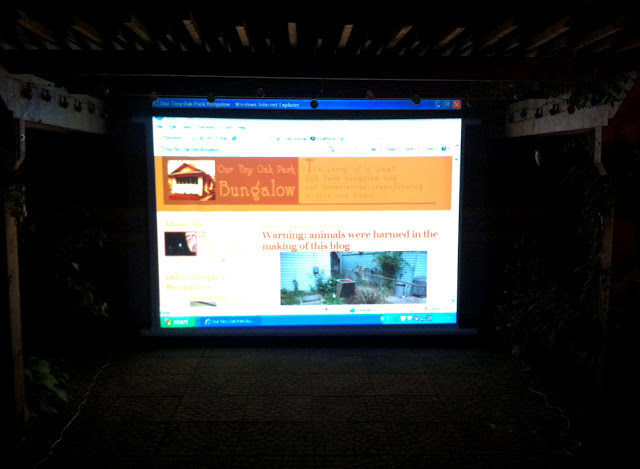 Very cool. I'm had my finger on the purchase button for a digital projector a few times, but haven't bought one because I couldn't figure out where I could show it. Your solution for a screen is great!

I've heard of reflective paint that can be applied to surfaces such as fabrics or even a wall for use with projectors. Have you updated your screen with anything like that? or is it anything you're considering?

I haven't made any upgrades to the screen. I keep it indoors mostly and use it as a projection screen in the basement. I only bring it out when we want to use it. The black-out fabric seems to have plenty reflectivity and brightness as it is. I wonder what a coating would do.

Have you had any issues with the industrial strength velco sticking to the projector screen material? I read your post for this outdoor movie screen and it totally inspired me to make one myself. However, the velco doesn't seem to have a very strong hold. The box says the adhesive will reach maximum strength after 24 hrs and it's been 3 days! I can easily peel the velcro off the material with no problem. After reading the "fine" print. It does state that it is not recommended for fabrics and flexible vinyl. So I was wondering if you had any issues with it on your screen? Does it hold without peeling off? I'm worried if I hang it, it might peel off from the weight and the screen will fall during the middle of a movie.

There are a couple gaps that have formed over time. I have repositioned the tape, though it doesn't come off easily. My screen has been hanging 24-7 since I first made it and it has not fallen off (yet). It actually doesn't even look like it might fall off anytime soon but I may try and find a better solution. Short of sewing it, I can't think of anything so I am keeping it as it is for now.